The travel tribulations of a CEO Episode 1

This is episode 1 but if my memory was better I am sure I could come up with at least 10 more examples of my wild and wacky travel excursions for work. Let’s just say I am a little “cursed” when it comes to travel but those who know me know that most times I bring it on myself.  But here goes anyway because if you can’t laugh at yourself you can’t laugh at others.

So a week or so ago I headed down to our head office in Lakewood, New Jersey for an Executive Leadership Team (ELT) meeting.   The group is made up of the 5 CEO’s of GLI’s divisions, including Bulletproof as well key individuals from Legal, Finance, QA, Engineering and Market.   The sessions lasted all week and were all about setting the strategic goals for 2017 in each business line.   This was my first experience as an ELT member but well worth it !  With being there all week I kinda needed to pack a suitcase and not just a carry-on.

Now before we get too far into the story I need to backup a bit and explain that over the holidays a close friend of mine happened to be using my phone to play music and accidentally dropped it on her kitchen floor made of ceramic tile.   Let’s just say that the floor won that battle !   The words “spider web” should give you a good visual of what my screen now looked like.   Now the folks at the office know that I’m really hard on phones and in fact I had my phone screen fixed just a few weeks before this incident son to avoid public ridicule at the office my plan was to tough it out until the phone was unusable. 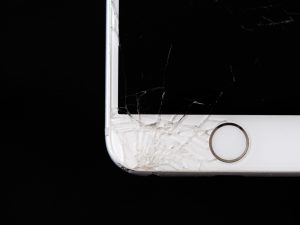 Fast forward a few weeks later and I’m getting ready to travel to the ELT meetings in New Jersey on Saturday, a couple days before my flight.   In my hurrying around I too managed to drop the phone on our tile floor and this put the nail in the coffin as they say for my phone.   Now at first glance it looked like no more damage but upon further review the bottom half of my phone would not respond to any motion or touch screen, basically rendering the phone useless.

A couple hours later I happened to be driving my two younger sons to hockey and explained to them my issue.  My middle son Malcolm immediately said “Dad I can fix that !”   Of course he can, he’s a third of my age and knows these things inside and out right?  So I agreed to give him a crack at it.   Bad idea !   A couple minutes later he proceeded to give the phone back to me and say “yeah I can’t fix that Dad, it’s toast”.  As I grabbed the phone I looked at it and he had reset all of the settings and data to the phone.    The home screen read “Hola !”.   So now I had a phone that was completely unusable in any form!

Monday morning rolls around and my flight leaves at 10:50 AM.   That leaves me just enough time to get to the office and have the “iphone guy”, Alex Green, take a crack at fixing the screen on my phone.    In Alex fashion he got me the phone back just in time to head to the airport and make my flight.   Now remember that my phone is still at the factory settings and the only way to bring it back to life is to be connected to a wireless network.

I check my bag at the counter and proceed thru security and get on the plane.   The restore process from iCloud slowly chugs along throughout the entire day whenever I get to an airport (2 connecting flights) but even when I arrive at Newark airport I am still not completely restored. 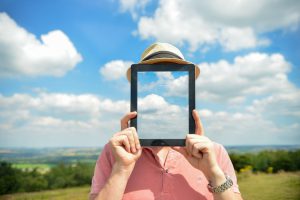 As I walk off the plane in Newark the first thing that pops in my head is “what rental car agency am I with?”.   Well at this point panic sets in because I have no useable phone yet and have no idea which rental company I booked.  I’m a resourceful guy right?  For sure, so I grab my laptop and have a seat at the gate and proceed to load my laptop and get on the wireless in the airport so I can get the information I needed.  Problem is the wireless uses Boingo wireless and like most frequent travellers I have a boingo account but guess where the password and user id is stored?   ON MY PHONE!   Strike two!   So at this point I am at a stand still and this very nice elderly man wearing a Newark Airport Customer Service jacket says to me “Sir you look lost…can I help you?”    Well as a matter of fact you can I say and within a few minutes he gets me access to a customer service reps PC in baggage claim so I can look up the car rental agency.   ALAMO!!     On to baggage claim to get my bag and off we go!  WRONG!   My baggage never showed up on the carousel so now I have no luggage, no clothes, no toothbrush, no nothing and I am in New Jersey for a week. 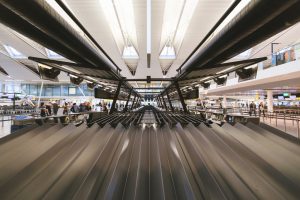 No sense worrying about it I say, so I head to the Alamo counter to pick up my rental.   All goes well with that and things are starting to look up when I get to the exit of the car rental garage and realize I have NO IDEA how to get the office or my hotel without the use of a GPS and of course my iphone is still “restoring from iCloud” and I have no way to use it.    On top of this, as this enters my mind I clearly remember the lady at the counter offering me a GPS for just $14.95 a day and I calmly told her “I got that covered!”   Clearly, I did not have that covered!  Thinking quickly, I did manage to ask the gate agent if he could tell me how to get to Lakewood, New Jersey in which he told me he couldn’t but his phone could!    After a couple minutes he proceeded to spit out three or four directions of which all I heard was take Interstate 78 West.   Luckily having been to the office a couple of times I knew I had to get on the Garden State Parkway so I felt confident I could find my way and off I went.  Twenty minutes go by and I see the sign for the Garden State Parkway and the toll plaza I remembered all too well from my previous trips so things were looking promising.   The question that remained was North or South on the Garden State Parkway? 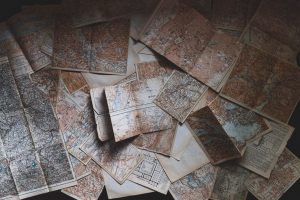 To be honest as I write this I honestly don’t remember which one I picked but I do know I picked the wrong one.   Probably 10 minutes in, traffic started to slow to a crawl which immediately sent alarm bells off for me because that meant I was headed into NYC and not towards Lakewood.  I proceeded to do a u-turn at the next exit and headed the right way towards Lakewood.    About 50 minutes later I started to see signs for Lakewood but again I didn’t really know which exit to take so I took a guess and grabbed the first one I saw that said Lakewood – WRONG!    After driving around for a bit and not seeing anything familiar I made my way back to the highway and made my way further down the road.   The next exit said Brick and something that looked similar to Lakewood but it definitely did not say the word Lakewood so I didn’t take it.  As I drove by and looked to the right I said “That’s it!  That’s my exit” but of course I had already gone by too far because it had no reference to Lakewood whatsoever on the sign.   No problem right?  I will just go to the next exit and turn around and I will be there in 2 min.  Ten miles down the road and 15 minutes later I finally get to turn around and head back to the exit.   At this point I know it’s the first exit I am going to come across so I am golden.  As I approach the exit well over 30 minutes later I see the signs and it says “Brick and Lakewood”.   Same exit just on the other side of the highway but it said Lakewood.  Why didn’t the other side say Lakewood?   I will never know!
I follow the Lakewood exit which takes me by the office and eventually to the hotel where I had stayed before only to realize that the “Brick” exit was right beside my hotel and if I had taken that I would have been 2 minutes away, instead I did the tour of Lakewood and the GLI offices only to make my way back to the original point of entry.  Go figure !

I get to the hotel, settle in and call Air Canada to report my bag missing.    They setup a case and say I should hear within 24 hours.  Now luckily I travelled with a suit on that day and so I could pull off the first day of meetings without two much trouble and my hope was my stuff would show up Tuesday evening at the hotel.    Meetings go very well all day Tuesday, we go for a nice dinner and I arrive back at the hotel around 9 PM in search of my bags.   Of course the bags still weren’t there so I thought I better head out to Kohl’s to get some close for the next day.   A double header I can handle….a triple header with the same clothes is just not workable !    The nice lady at the hotel gives me directions to the Kohls and snickers and says “ya know as soon as you get those clothes, your bag is going to show up right?” 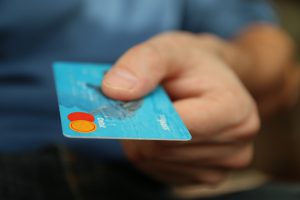 I drove down to Kohl’s quickly before it closed at 10 PM and managed to pick up a few necessities and then stopped at the local drug store for some incidentals.   Quite pleased with my selections I arrive back at the hotel and ask the young lady at the desk if there was any sign of the luggage.   She said “NO” so I proceeded to my room.

As I entered my room my cell phone rings.  It finally had finished the restore from icloud and I wasn’t even aware of it!   It looked like a New Jersey number so I answered and what do you know, the man on the other end tells me he is in the parking lot of the hotel and has my bag!  I could only laugh at this point and was happy just to get my stuff. 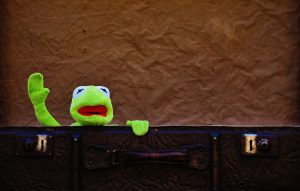 Well I hope you have had a laugh about this because I did in the end.  Safe travels people and hopefully there won’t be an EPISODE 2.